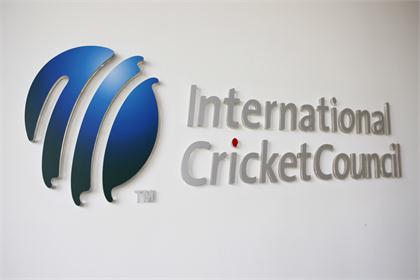 Dubai, July 1 : The ICC today launched the tender process for sale of media rights for ICC events for the next eight years.

This process offers television and digital broadcasters, content delivery platforms and media conglomerates the opportunity to own an attractive media rights package, either globally or by territory, for ICC events which includes two editions of the ICC Cricket World Cup, the second largest single sport event in the world, and two ICC World Twenty20 tournaments, the pinnacle event for one of the fastest growing sports formats in the world.

In the current commercial cycle (2007 to 2015), ICC events have grown significantly in reach and value. The recently concluded ICC World Twenty20 2014 was broadcast in more than 20 different languages across 200 countries, reaching a quarter of the world's population, while the ICC Cricket World Cup, which will be held in Australia and New Zealand in February-March 2015, will have a potential reach of more than 2 billion.

Available packages comprise two ICC Cricket World Cups, two ICC World Twenty20 tournaments and two ICC Champions Trophy events, including one of each format scheduled to be held in India during the eight-year period. The events package also includes access to matches involving some of the leading emerging nations in qualifying tournaments for the ICC Cricket World Cup and ICC World Twenty20, an opportunity to broadcast the ICC Women's World Cup and to showcase some of the game's rising stars at the ICC U19 Cricket World Cup.

"In the past few years, ICC events have grown as global properties and are now recognised as premium sports events around the world. The next eight years will see the ICC major events being played in cricket's core markets, thereby making the media rights package highly attractive.

"I am positive we will get some strong bids from the world's leading broadcasters as they look to add these premium sports events to strengthen their bouquet of content, thereby increasing revenues for the growth of the game worldwide."

ICC Chief Executive, David Richardson, said: "Following unprecedented global coverage and attendance at major ICC events, and the rapidly expanding popularity of emerging nations and women's cricket, the next eight years of ICC events promises to provide competitive matches, shine a light on current and future stars of the game, and provide world class fan engagement and entertainment. In short, the ICC events will become a 'must have' for leading broadcasters and content platforms, making the ICC media rights packages much sought after in the broadcast market."

Expressions of interest are sought only from companies who have appropriate experience, infrastructure, staffing, required resources, capability and financial standing to transmit audio-visual programmes and whose primary business is in the broadcasting industry.

Expressions of interest received from media rights (and similar or equivalent) agencies will not be entertained.

All interested companies should submit their expression of interest, which includes full company details and relevant contact information, by email no later than 0900 (Dubai time) on Thursday 1st August 2014. (ANI)