Here's why milk is good for your child's growth 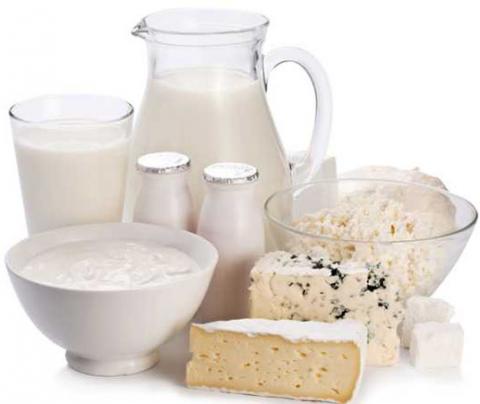 Using pigs as models, researchers at the University of Illinois studied the best way of evaluating protein quality in foods eaten by children.

For this, they used the method that was proposed by the Food and Agriculture Organization (FAO) of the United Nations in 2011.

Researchers in Stein's lab conducted a study to calculate protein scores for eight sources of protein, derived from both plants and animals.

The score which has been used for more than 20 years is the protein digestibility-corrected amino acid score, or PDCAAS. PDCAAS is calculated using the total tract digestibility of crude protein. However, this method has certain shortcomings.

"The total tract digestibility fails to take into account nitrogen excretion in the hindgut," Stein says. "The PDCAAS also assumes that all amino acids in a foodstuff have the same digestibility as crude protein, but in reality, amino acid digestibilities differ."

These flaws led to the development of a new measure, called the digestible indispensable amino acid score (DIAAS). The DIAAS is calculated using ileal digestibility values, because all absorption of amino acids takes place in the small intestine. It also uses values calculated individually for each amino acid.

All dairy proteins tested in the study met Food and Agriculture Organization (FAO) standards as "excellent/high"-quality sources of protein for people six months of age or older, with DIAAS values of 100 or greater. Soy protein isolate and soy flour qualified as "good" sources of protein, with a score between 75 and 100. With scores below 75, pea protein concentrate and wheat did not qualify to make recommendations regarding protein quality.

"Compared with DIAAS, PDCAAS calculations tended to underestimate the protein value of high quality protein sources, and overestimate the value of lower quality sources," says Stein. "Thus, to better meet protein requirements of humans, especially for people consuming diets that are low or marginal in digestible amino acids, DIAAS values should be used to estimate protein quality of foods."

Stein acknowledged certain limitations in the study. "The protein sources used in this experiment were fed raw, and foods processed as they typically are for human consumption might well have different protein values." However, he says, it represents a step forward in determining protein quality.

Funding for the research was provided by National Dairy Council, the non-profit organization founded by America's dairy farmers and funded by the national dairy checkoff program. The organization had no input into the experimental design or analysis.

"The results of this pilot study indicate that dairy proteins may be an even higher quality source of protein compared to vegetable-based protein sources than previously thought," said Dr. Greg Miller, chief science officer at NDC. "While using DIAAS is a newer concept and more research will be needed, one thing rings true -- milk proteins are high quality and milk as a beverage has protein plus eight other essential nutrients, which is especially important when it comes to kids, because they need quality nutrition to help support their growth and development."

The paper, "Values for digestible indispensable amino acid scores (DIAAS) for some dairy and plant proteins may better describe protein quality than values calculated using the concept for protein digestibility-corrected amino acid scores (PDCAAS)" was published in the February 2017 issue of the British Journal of Nutrition. The co-authors were John Mathai and Yanhong Liu of the University of Illinois. (ANI)