Emotional eater? Your parents are to be blamed 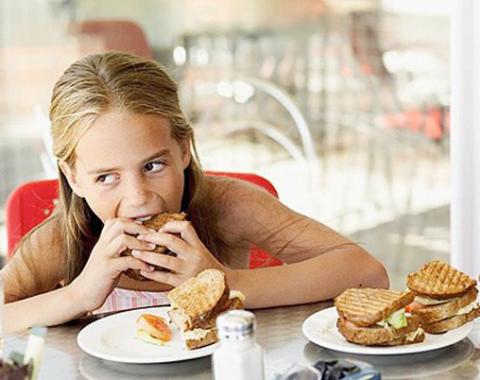 Washington D.C. [USA], Apr 25 : Are you an emotional eater? Do you tend to eat when you feel sad or upset? If yes, your parents are responsible.

Emotional eating - eating when you feel sad or upset or in response to another negative mood - is not uncommon in children and adolescents, but why youth eat emotionally has been unclear.

Now a new longitudinal study from Norway has found that school-age children whose parents fed them more to soothe their negative feelings were more likely to eat emotionally later on.

They findings appear in the journal Child Development.

The reverse was also found to be the case, with parents of children who were more easily soothed by food being more likely to feed them for emotional reasons.

"Understanding where emotional eating comes from is important because such behavior can increase the risk for being overweight and developing eating disorders," according to the study's lead author, Silje Steinsbekk, associate professor of psychology at the Norwegian University of Science and Technology.

"If we can find out what influences the development of emotional eating in young children, parents can be given helpful advice about how to prevent it."

When children eat to soothe their negative feelings, their food tends to be high in calories (e.g., sweets) so they consume more calories. If they emotionally overeat often, they are also more likely to be overweight. Emotional eating is also tied to the development of later eating disorders (e.g., bulimia and binge eating).

This study sought to determine why children eat emotionally and is the first research to consider the issue in school-age children.

Researchers examined emotional feeding and eating in a representative group of 801 Norwegian four-year-olds, looking at these issues again at ages six, eight, and 10.

They sought to determine whether parents involved in the study (mostly mothers) shaped their children's later behavior by offering food to make them feel better when they were upset (emotional feeding), and whether parents whose children were easily soothed by food (those who calmed when given food) were more likely to offer them more food for comfort at a subsequent time.

Parents were asked to complete questionnaires describing their children's emotional eating and temperament (how easily they became upset, how well they could control their emotions), as well as their own emotional feeding. Approximately 65% of the children displayed some emotional eating.

The study found that young children whose parents offered them food for comfort at ages four and six had more emotional eating at ages 8 and 10. But the reverse was also true: Parents whose children were more easily comforted with food were more likely to offer them food to soothe them (i.e., to engage in emotional feeding).

And this contributed to the bidirectional relation between emotional feeding and emotional eating.

"We know that children who are more easily upset and have more difficulty controlling their emotions are more likely to eat emotionally than calmer children, perhaps because they experience more negative emotions and eating helps them calm down," notes Lars Wichstrøm, professor of psychology at the Norwegian University of Science and Technology, who coauthored the study.

"Our research adds to this knowledge by showing that children who are more easily upset are at highest risk for becoming emotional eaters."

The authors suggest that instead of offering children food to soothe them when they are sad or upset, parents and other caregivers try to calm youngsters by talking, offering a hug, or soothing in ways that don't involve food.

"Food may work to calm a child, but the downside is teaching children to rely on food to deal with negative emotions, which can have negative consequences in the long run," adds Steinsbekk.

The authors caution that because the study was conducted in Norway, which has a relatively homogenous and well-educated population, the findings should not be generalized to more diverse populations or to cultures with other feeding and eating practices without further study. (ANI)