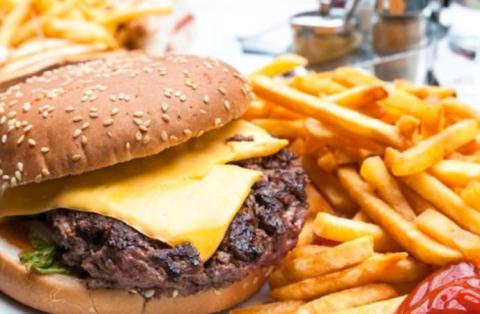 Washington D.C. [U.S.A.], Apr. 15 : According to a new study, areas that restrict trans fats in foods see a lot fewer hospitilisations for heart attack and stroke compared to residents in areas without restrictions.

The study was published in journal 'JAMA Cardiology'.

Senior author Tamar S. Polonsky, MD, MSCI, a general cardiologist and assistant professor of medicine at the University of Chicago said, "The results are impressive, given that the study focused on trans fatty acid bans in restaurants, as opposed to complete bans that included food bought in stores. If we enact a more complete restriction on trans fatty acids, it could mean even more widespread benefits for people in the long term."

Trans fatty acids, or trans fats, are commonly found in fried foods, chips, crackers and baked goods. Eating even minimal amounts are linked to greater risk of cardiovascular disease, the leading cause of death worldwide.

Some communities -- most notably New York City -- have eliminated the use of trans fats in restaurants and eateries in recent years.

To study the impact, the scientists compared outcomes for people living in New York counties with and without the restrictions.

Using data from the state department of health and census estimates between 2002 and 2013, the researchers focussed on hospital admissions for heart attack and stroke.

The researchers found that three or more years after the restrictions were implemented people living in areas with the bans had significantly fewer hospitalisations for heart attack and stroke when compared to similar urban areas where no limits existed.

The decline for the combined conditions was 6.2 percent.

"It is a pretty substantial decline. Our study highlights the power of public policy to impact the cardiovascular health of a population," said lead author Eric Brandt, MD, a clinical fellow in cardiovascular medicine at Yale School of Medicine.

The U.S. Food and Drug Administration approved a nationwide ban on partially hydrogenated oil in foods, which effectively will eliminate dietary trans fat when it goes into effect in 2018.

Current FDA labelling guidelines allow up to 0.49 grams of trans fat per serving to be labelled as zero grams.

According to lead author Brandt, this leaves consumers with the burden to scour labels for hidden trans fats.

"With the upcoming FDA regulation, people need not be so vigilant," he said.(ANI)