Are stinky inflatable pool toys putting your kids at risk? 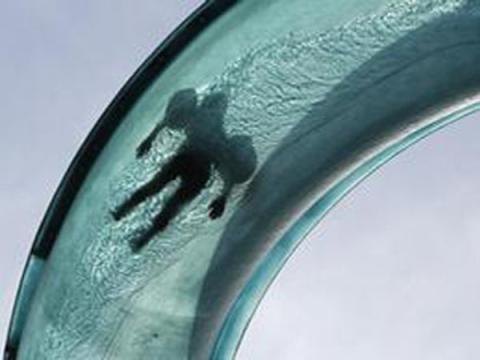 Washington D.C. [USA], Apr 13 : Turns out, there are many dangerous chemicals lurking in your swimming pool that can risk your children's health.

Inflatable toys and swimming aids, like bathing rings and arm bands, often have a distinctive smell which could indicate that they contain a range of potentially hazardous substances.

Some of these compounds, which include carbonyl compounds, cyclohexanone, phenol and isophorone, might be critical when present in higher concentrations in children's toys, said authors Christoph Wiedmer and Andrea Buettner.

Lead author Wiedmer from Fraunhofer Institute for Process Engineering and Packaging IVV in Germany and his team conducted tests using an inflatable beach ball, a pair of swimming armbands and two bathing rings they bought off the shelf from local stores and online suppliers in Germany.

A small piece of material from each sample was analysed using a variety of material analysis techniques, including one that takes infrared measurements, and it was concluded that the inflatable objects were all made from polyvinyl chloride (PVC).

The researchers then investigated the molecular make-up of the distinctive smells arising from the pool toys. They extracted detectable odours from each sample using solvent extraction and high vacuum distillation methods, and then identified the main odorants using a combination of sensory and common analytical approaches.

Between 32 and 46 odours were detected in each sample, of which up to thirteen were quite intense. The majority of these odorants were identified and among these were several fatty smelling mono- or di-unsaturated carbonyl compounds and their epoxidised derivatives, but also odouractive organic solvents such as cyclohexanone, isophorone, and phenol.

As part of the study, a panel of trained volunteers sniffed each product, and ascribed common odour attributes to these. They also rated the intensity of each odour, and had to guess whether these could be hazardous. Three of the products reminded the panellists of almonds, plastic and rubber, while the fourth more pungent one reminded them of glue and nail polish.

Wiedmer expressed his concern that some of the products contain potentially hazardous chemicals that could pose a risk to children's health, depending on the degree of exposure and concentration levels in the products. Cyclohexanone can be harmful if inhaled, phenol is known to be acutely toxic and to presumably have mutagenic potential and isophorone is a category 2 carcinogen, which means that this is a suspect substance in the development of cancer in humans.

"A range of these substances are not yet resolved in their chemical structures. Likewise, potential negative effects on humans, such as irritation, smell nuisance, or other physiological or psychosomatic effects still need to be resolved," said Wiedmer.

"Modern products such as toys and children's products are sourced from a wide variety of chemical and physical manufacturing processes, and this complexity often makes it difficult for us to identify those containing contaminants and unwanted substances, and to determine their causes," noted Wiedmer. "However, we found that in a number of cases our noses can guide us to 'sniff out' problematic products."

The study appears in the journal Analytical and Bioanalytical Chemistry (ABC). (ANI)