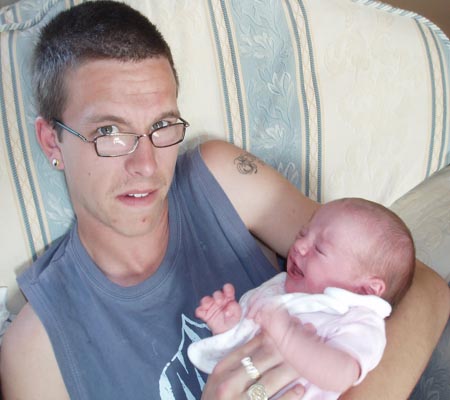 New York, April 15 - Are you a young dad? Watch out for depression especially in the first year of fatherhood.

Depression can hit young fathers hard with symptoms increasing dramatically during some of the most important years of their children’s lives, a study finds.

Depressive symptoms increased on average by 68 percent over the first five years of fatherhood for young men around 25-year-old when they became fathers and lived with their children.

“It is not just new moms who need to be screened for depression, dads are at risk, too,” said lead author Craig Garfield from Chicago-based Northwestern University.

Parental depression has a detrimental effect on kids, especially during those first key years of parent-infant attachment.

“We need to do a better job of helping young dads transition through that time period,” he advised.

Previous research has shown depressed dads will use more corporal punishment, read less and interact less with their children, and are more likely to be stressed and neglect their children.

“We knew paternal depression existed and the detrimental effects it has on children, but we did not know where to focus our energy and our attention until this study,” Garfield noted.

This is a wakeup call for anyone who knows a young man who has recently become a new father.

Be aware of how he is doing during his transition into fatherhood.

If he is feeling extreme anxiety or blues, or not able to enjoy things in life as he previously did, encourage him to get help.

The results were published in the journal Pediatrics. (IANS)