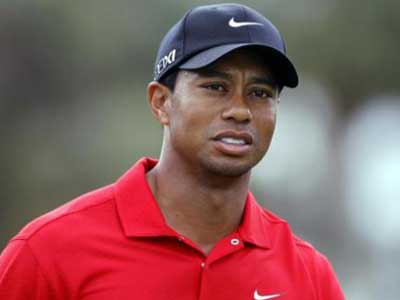 London, Aug 14 : Former world number one Tiger Woods has withdrawn himself from consideration for the US Ryder Cup team in order to fully recover from his back injury and has talked about his 'extreme disappointment' over the same.

Woods has struggled all season with back trouble, and has missed two major championships as he struggled to recover from surgery earlier this year. He missed the cut at the PGA Championship last week at Valhalla , but remained hopeful that he might be fit enough to be considered as one of US captain Tom Watson's three wild-cards to face Europe at Gleneagles in September.

However, Woods has now withdrawn himself from selection. He said that while he greatly appreciates Watson thinking about him for a possible Captain's Pick, he must take himself out of consideration, The Guardian reported.

Woods said that his doctors and trainer informed him that his back muscles need to be rehabilitated and healed. He said that he was fortunate that his recent back injury was not related to his surgery and was muscular only.

The former world number one said that he is extremely disappointed that he won't be ready for the competition, and added that the US Team and the Ryder Cup mean too much to him not to be able to give it his best.

The American golf ace said that he would be cheering for the US Team, and added that he feels they have an outstanding squad going into the matches. (ANI)